Leaves of ash trees were used to ward off snakes, 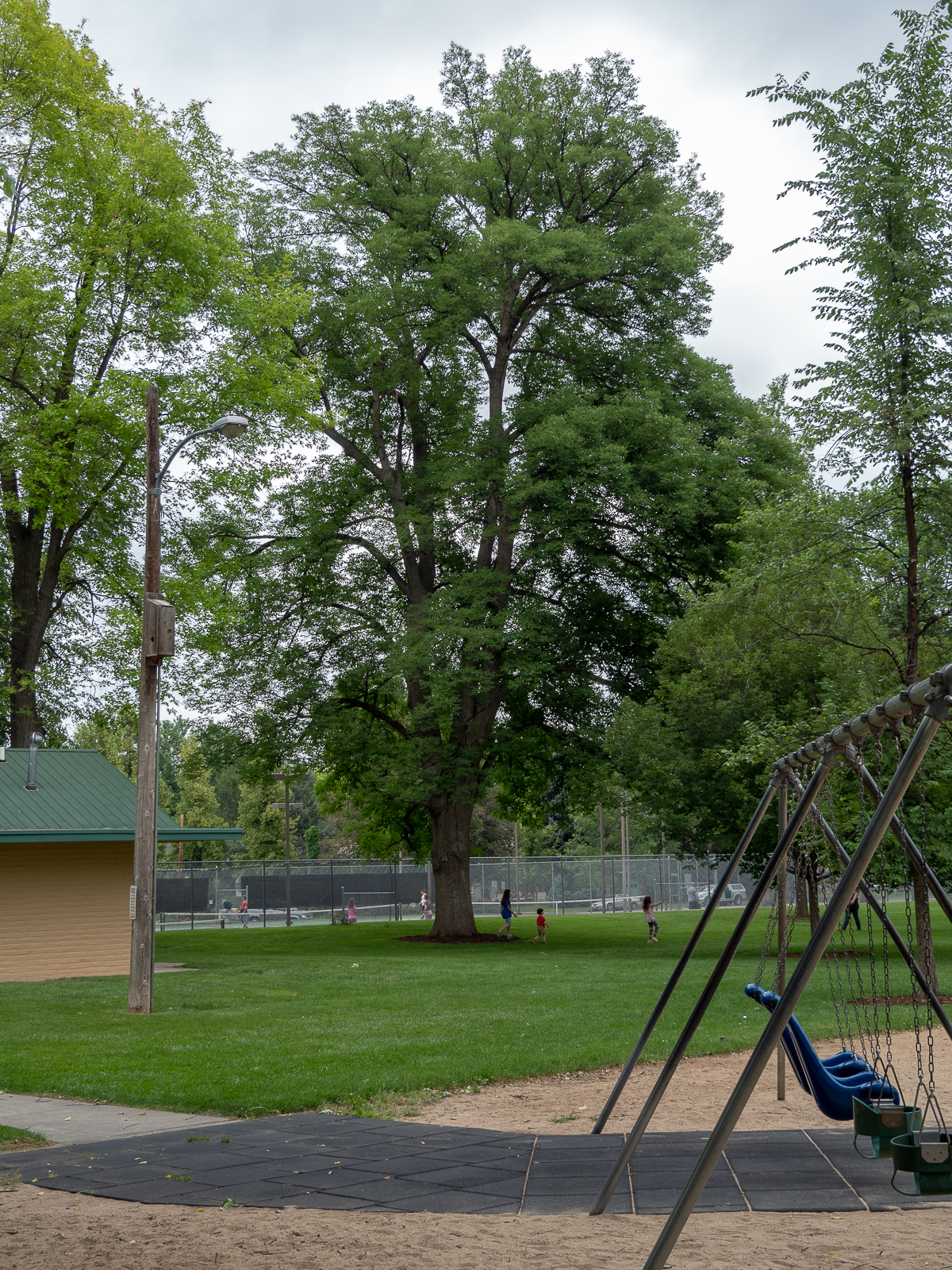 is another tree native to the eastern half of the continent. Unlike most other trees from the east, the USDA lists its native range as extending into Colorado. Flora of Colorado (Ackerman) says this species does not “persist outside of cultivation,” though. She also mentions it is very similar to the Green Ash (Fraxinus pennsylvanica,)  which is native to Larimer County as well as most of the rest of the continent.  Oddly, the Green Ash is also known as Red Ash. Unfortunately, both trees are on the critically endangered list.

The national champion white ash, nominated in 2012, is in New Jersey and has a total of 398 points, compared to the Colorado champion which only has 288.9 points. The second and third largest Colorado ash trees are in Fort Collins, both in City Park, but only the smaller of the two is tagged. You can locate the runner up tree by using the Notable Tree Tour map of Fort Collins. The National Champion Green Ash is in Virginia. It has a total score of 355, while the Colorado champion, located in Greeley, has a score of just over 315.

An interesting early use of the ash tree

was for people to stuff their shoes and pockets with leaves as these were said to ward off snakes. Ash trees in Viking legend involve the creation of man. Interestingly, this was also part of Algonquin Legends. In modern “legend” ash wood has figured in Harry Potter. More prosaic uses of ash lumber are in baseball bats, guitars, bows, hockey sticks and tool handles. Juicing the leaves

results in a topical treatment for mosquito bites. The tree provides food for birds and other small animals as well as shade, and is a valuable member of the ecosystem.

The emerald ash borer is a major threat to the species. This introduced pest was first detected in the US in 2002, but it is thought that the first invaders appeared in Michigan in the 1990s. A similar invasion affecting European ash trees has been noted in Russia. As of this year, 33 states and three Canadian providences have been confirmed to be infected. Millions of trees have already been lost. In the Denver area alone there are nearly 1.5 million ash trees and in certain parts of Colorado ash trees could account for 80% of the urban forest. There are over 3000 ash trees in the city of New York. A bulletin was issued in October, 2017 that emerald ash borers had been found in the boroughs of NY.

Although this pest could be devastating to the ash population, there are steps that can be taken to help protect trees. Some of these involve not assisting in the spread of this problem. You can inoculate your own trees when the threat has reached your area. For a tree to be a candidate for injection or spraying, it needs to be healthy. Unfortunately, emerald ash borer is not the only threat to ash trees. The white ash is sensitive to ozone  and other gas levels and also prone to ash decline.

The Coalition for Urban Ash Tree Conservation has a position paper on reasons and methods to work with this growing problem, as does the Society for Municipal Arborists.The Emerald Ashborer Information Network includes various links to assist individuals, neighborhoods and cities in working with this virulent problem. Nearly all states seem to have a set of guidelines to follow.

Why should this little green pest be of interest to you? Are you a fan of major league baseball? Did you know the bats used in league play, most of which are made by Louisville Slugger have used wood from an area now devastated by the emerald ash borer? If you are a woodworker, the loss of this abundant and inexpensive wood could be a factor in future projects.

An interesting study which should be of concern to all of us recently concluded human health can be linked to the loss of trees, specifically the ash trees. The presence of emerald ash borer and subsequent decline in the ash tree population was associated with an increase of over 20,000 deaths related to respiratory or cardiovascular causes.

At least some believe the increase in deaths is related to the ability of trees and forests to help humans deal with stress.

Another point to remember is that genus Fraxinus are the trees being devastated by the borer. Mountain Ash (Sorbus) trees are not affected.

Finding some of the ash trees in Fort Collins City Park.

Almost due South is the Green Ash (Fraxinus pennsylvanica) E80. There is a smaller maple tree between the two.